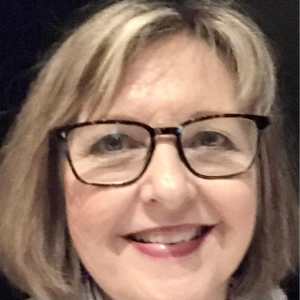 This is a city with a history that shows the spirit of the Czech people in how they took something old and turned it into something new.

Ostrava lies in the Moravian-Silesian region of the Czech Republic, about 3 hours from the capital of Prague. Awarded town status in 1279 by Olomouc bishop Bruno, what was once small grew over the centuries into a huge industrial complex during and after World War II. That’s because of the natural resource of coal in the Dolni Vitovice area of Ostrava which eventually led to coal, iron, and steel factories springing up.

The Soviets capitalized on the industry post WWII but during the velvet revolution of 1989 it all changed. By 1994 the remnants of Soviet rule were gone at last. What remained was a legacy of iron buildings and air pollution. A younger, newer proactive approach of Czech citizens came along and set out to change that lingering soviet after-effect. A campaign to revive and repurpose became a fruitful endeavor.

You wouldn’t know all that on the surface of a first-time visit to Ostrava. But as you wonder about the city and talk to the locals and research the history you will learn first hand how this city is changing its image.

One such way of doing that was for Czech Tourism to offer a venue for the annual TBEX conference for travel bloggers. Insert 500+ bloggers into this city and other vicinities in the Czech Republic with eyes-on-the-ground to soak up new experiences, new adventures to share with the world and the outcome will prove to be far-reaching to show what Czechia can offer to the casual traveler, and the business visitor. I’m one such person to offer up my practical experience and perspective.

My journey starts with my arrival out of Prague to the Ostrava hlavni nadrazi (main train station) via RegioJet train service.

Arriving by taxi to the Park Inn Radisson Hotel in Ostrava, Czech Republic was easy. As a single woman traveler I didn’t run into any issues as you can see from my other posts.

The Park Inn was a breeze to stay at with all the amenities I needed including a comfortable bed, a room with a view, a large breakfast buffet a bargain at 300czk. I even tried dinner and lunch there on different days and found it to be quite adequate. There is a lovely outdoor seating area too that lends itself to a quieter vibe at night if you want to relax and chat with friends.

Staff is very attentive and helpful whether at the front desk, the restaurant, or the maid service. I didn’t try room service but it was available until midnight I think. There is also a spa which I didn’t have time to try and free bikes to roam the nearby center of the city.

Pick the right ATM for a favorable exchange rate

Beware of the ATMs from Euronet, however as they charge higher fees to withdraw cash. I was charged 75czk (USD3.30) to withdraw 400czk (USD17.65) There was one in the lobby of the Park Inn Hotel but I avoided it only after learning there was a better Czech bank ATM to use. And that was the Česká spořitelna which has ATMs pretty much everywhere in the Czech Republic. It was easy to withdraw lower amounts, say 200czk, rather than with other ATMs that might only give you the option to withdraw 1000, 2000, 5000czk which is not always a good thing because you might end up with more cash than you need.

There is also a convenient bus stop right across the street from the hotel to get to anywhere to/from Ostrava. Easy navigation in an unfamiliar city is always a high checkpoint on my list and Ostrava met that mark. There was also easy taxi and Liftago service to/from the hotel.

Liftago is the equivalent of Czech Uber as there is no Uber in Ostrava, only in Prague. The drawback to the Liftago app is that it wouldn’t accept American Credit Cards for some reason. So even though you could hail a driver, you would have to pay him in Czech cash (koruna). As a special offer to TBEX attendees some of us were treated to a free ride on the Silver Tesla which was seen zipping around town. I got a free ride with it.

Getting around town using the very inexpensive transportation system took a little getting used to as only part of it was in English. It became easier to memorize my stops in Czech and figure out how to change at the Namesky Republika which is the central tram/bus changeway.

At first, I wasn’t sure to walk over ground or underground as no signs were clearly pointing how to get from Point A to any all points beyond. I lost 20 minutes one morning trying to figure that out through trial-and-error. It turned out as I walked in the underground causeway, I stopped to ask 2 gentlemen, and the younger one fortunately spoke some English. When I said where I wanted to go they pointed to which rampway I had to walk to catch my bus. From then on it was easy. As I pointed out before, I found Czech people to be friendly and helpful even if they didn’t speak English and I don’t speak Czech.

I also recommend downloading these apps to your phone for helpful navigation; the IDOS which is operated by the Czech Ministry of Transport. It’s a handy timetable and schedule system to take you from point A to B. Another good app I found useful was the Ostrava!!! App which has a lot of information on events and activities and maps. It’s only available for iPhones however.

I headed to the Ostrava City Hall the next day to retrieve my TBEX badge. While there I took the elevator to the top to get a birds-eye view of the city during the day.

Afterwards I wandered behind the building to the canal where I found families cooling off in the oppressive European summer heat. A nice pathway to ride a bike or take a walk parallels the canal with towering pine trees overhead.

Later, I met up with my first group of travel bloggers for a day-trip to a suburb of Ostrava called Poruba. Afterwards, another attendee and I had dinner at Bernie’s. I had a delicious steak with red wine and it all capped off a very busy but happy day!

What do the 3 exclamation marks mean after the word Ostrava?

“The image of the logo is formed by the name of the city with three exclamation marks, which symbolize the vitality, energy and confidence of the city and its inhabitants.”

Rather than continue to use its old coat-of-arms symbol, the city of Ostrava decided in 2007 to create a competition for a new modern logo. Thus the Ostrava!!! Light blue symbol was born.  Just one more thing this city has been doing to modernize its appeal to world travelers and business corporations. This leads me to tell you about another modernization which blew everybody away at the TBEX travel bloggers conference.

The Gong. It’s where the word repurposing takes on a whole new level of meaning, Ostrava-style.

PrevPreviousReview of RegioJet train service from Prague to Ostrava, Czechia
NextFlying by Jet Airplane is Here to StayNext